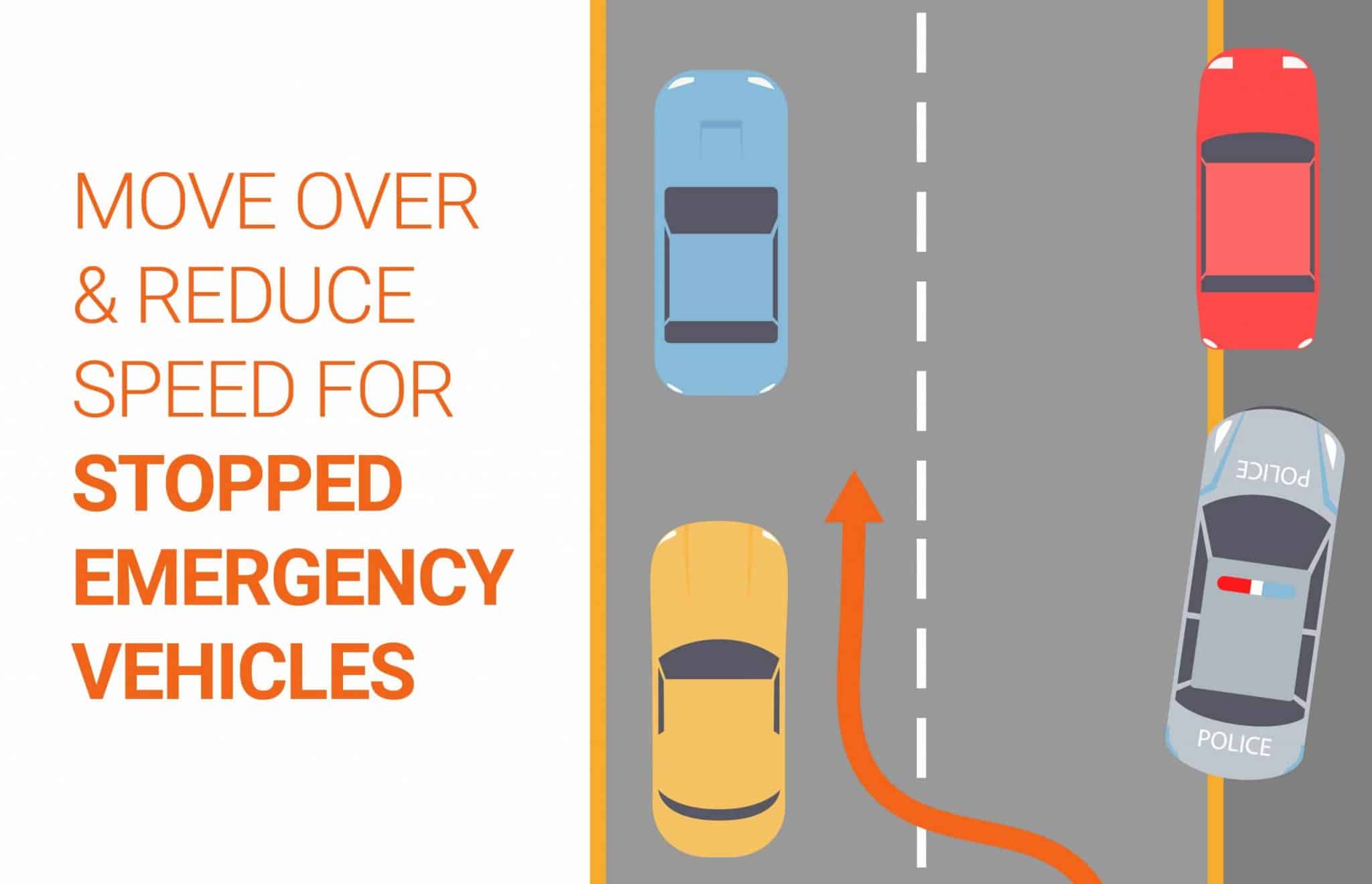 New York’s Move Over law (VTL 1144-a) requires drivers to slow down and move over for police cars, hazard vehicles, and any other emergency vehicles displaying amber lights. Since the law was enacted in 2011, it has been strongly enforced by police officers. We asked Trooper Travis Hall for his perspective and advice on how to avoid a Move Over ticket.

Why do you think the Move Over law has been so vigorously enforced by law enforcement?

Travis: Officers enforce this law because it is both necessary in preventing injury and effective in deterring people from driving too close to the shoulder. If there is an accident, it is human nature to look at it and drivers tend to steer where they look, which creates a risk for law enforcement on the side of the road. In fact, officers are specifically trained to pull over at a 45 degree angle whenever possible to prevent being hit directly from behind as well as to more easily get in and out of the car.

After a tragedy occurs and someone is hit while on the side of the road, whether it be a police officer or any other driver, there are generally more citations related to the Move Over law in an effort to prevent future accidents. In my opinion, the law exists because the best thing a driver can do when passing a crash is to pull over as far as possible to counteract the tendency to steer towards the incident.

What is the best way to avoid a Move Over ticket?

Travis: The best way to avoid a ticket is to always make an effort to move over, even if you are on a busy highway. If you can’t get over to the next lane, at least slow down and go as far out in your lane as you can when you see the emergency vehicle on the side of the road. Drivers who wait until the last minute to move over or don’t bother altogether are at the highest risk of receiving a citation as tickets are usually given for blatant disregards of the law.

For those who have already received a ticket for a Move Over law violation, what should they know when looking to fight the ticket in court?

Travis: From a legal standpoint, violations of the Move Over law can be difficult to fight in court. Officers often feel a increased sensitivity to violations of the Move Over law because it deals directly with their safety and the safety of their fellow officers. The judge is also more likely to lean in the officer's favor due to safety concerns. In the eyes of the judge and the officer, a two point ticket is a small penalty for risking the life of an officer. Because it is so difficult to fight a Move Over citation, it is even more important to avoid a ticket. If you do receive a citation, hiring a competent attorney can help you get the violation reduced and/or avoid court appearances. You’ve recently gotten a traffic ticket and now you are asking yourself this very question. When the police officer gave...Continue reading
Read More
Travis Hall
May 17, 2013