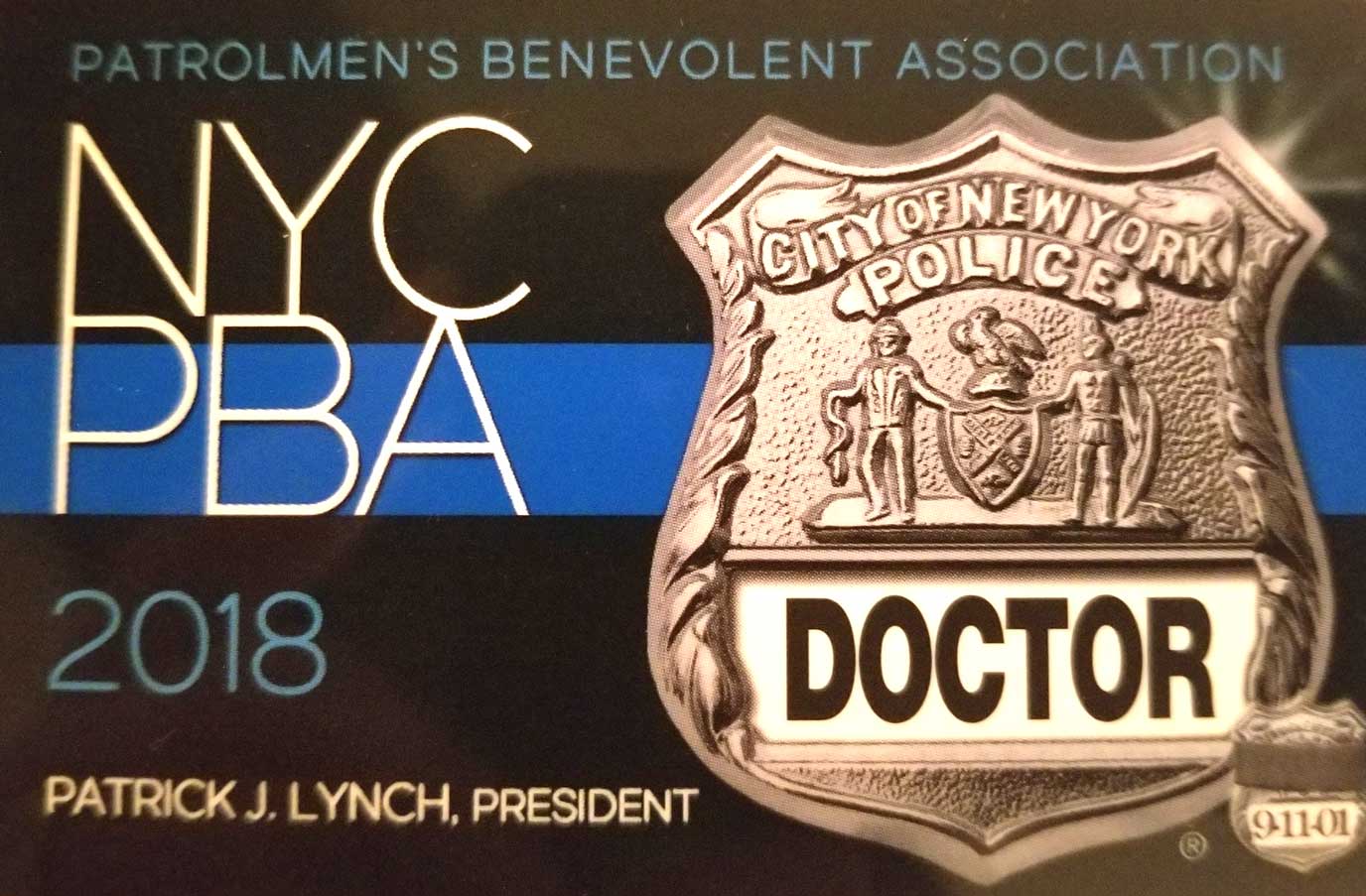 "PBA” stands for the Police Benevolent Association and nearly every police officer in the United States is a member. Friends and family members of police officers are sometimes given a PBA Courtesy Card. A PBA card will usually have printed on it, “The bearer of this card is a supporter of the PBA and you should try to extend every courtesy possible.”

A driver who is fortunate enough to have one can, when pulled over for a traffic stop, provide the PBA card along with his/her license and registration to the officer. If one is lucky, the PBA card may convince the officer to let the driver off without a ticket. But not always.

Contrary to popular belief, the date on the PBA card really is not that significant. What matters most is whether the officer conducting the traffic stop knows the officer whose name is on the card (i.e. the officer who issued the card).

Not All PBA Cards are Treated Equally

Many do not realize this, but not all PBA cards are treated the same. If the card a driver receives is a general PBA card that does not have an officer’s name or badge number on it, then it may not get him/her out of a ticket.

However, if the officer is very nice, he/she might ask the driver which officer issued the card, the jurisdiction he/she is from, and how the driver knows him or her. If the driver politely and cordially answers all of these questions, then it may help to get out of the ticket.

Regardless of whether the PBA card has the officer’s name or not, the closer the relationship between the driver and the card-issuing officer, the greater the chance one has of avoiding a traffic ticket. Likewise, the more well-known an officer is among others on the force, the better the chance of getting out of a ticket.

The best type of PBA card one can have is one that contains the name and badge number of an officer who is well-respected throughout the state. If an officer knows that a driver has a connection to a well-regarded officer, that driver can usually avoid receiving a traffic ticket.

PBA Cards are Not a Guarantee

There are several myths out there about PBA cards. Many people think that a PBA card is like a “get out of jail free card.” This simply is not the case. Having a PBA card can be like gambling. Many variables go into whether it can help someone or not and there is no guarantee that it will help at all.

Remember, attitude matters. If a driver is arrogant or rude, that is a sure-fire way to get a ticket (no matter whose name appears on the PBA card).

Additionally, drivers sometimes think that a PBA card will last forever. In many cases, the officer who pulls over the driver will return it, but that is not always the case. Many drivers have reported traffic stops in which he/she got out of a ticket but the PBA card was taken from them!

Ultimately, there is no formal system for what to do when a driver hands an officer a PBA card. However, one thing is for sure: without a close connection to an officer on the force, a PBA card will not be too helpful.

Is it Unethical or Illegal to Use a PBA Card to Get Out of a Ticket?

Drivers should use extreme caution when it comes to using PBA cards. Trying to influence an officer (even if the driver does not offer a bribe) can be illegal or at least perceived badly by the officer.

If a driver “rubs the officer the wrong way,” he may use his/her discretion to be harsher. That could mean additional tickets, or, in the case of a minor crime, an arrest instead of merely an appearance ticket with a court date.

Police officers have a lot of discretion. If they see someone speeding and not signaling before changing lanes and not wearing a seat belt, they can issue a ticket for all of the above, some of the above, or none of the above.

Remember, showing a police officer a PBA card in itself is not illegal per se because if he/she considers it and decides to be more lenient, that is within his/her discretion. However, making a statement like, “Officer, can you please let me off?” or “Can you please give me a break?” in conjunction with handing over the card may be construed as trying to improperly influence the officer.

In 2018, there was a scandal involving a Port Authority chief flashing a badge to New Jersey officers in an attempt to prevent them from impounding a vehicle. While the Port Authority does have uniformed law enforcement officers, the commissioner was an elected official and not an officer. As a result, New Jersey passed a law making it illegal for non-law-enforcement officers (“LEOs”) to receive or use such badges. Even without a formal law banning non-LEO badges, it is against the law for anyone to pose as a cop without having law enforcement authority. As such, showing a non-LEO badge in the hopes of getting out of a ticket may just result in one’s arrest instead.

What Should I Do If My PBA Card Didn’t Work?

As mentioned, sometimes a person can show a PBA card and get a ticket anyway. If this has happened to you or someone you love, contact an attorney for help fighting the charges. At Rosenblum Law we are experienced NY traffic ticket attorneys. Email or call 888-883-5529 for a free consultation about your case. When you step out of the house and into your car, you have no right to privacy when you travel...
Read More
Adam H. Rosenblum
April 30, 2013 Consider this scenario: You and your spouse go out to dinner. You’ve had only one glass of wine and you’re...
Read More
Travis Hall
October 27, 2015