A class action lawsuit was recently filed against a New Jersey municipality for its improper use of red-light cameras.

The class action suit claims that Cherry Hill failed to follow state regulations, which led to yellow lights lasting for an impermissibly short duration, and inaccurate data to be reported.

The case is being brought in Camden County Superior Court, and class representatives are seeking $1.48 million to refund those who paid the $85 fine.

According to the complaint, Cherry Hill did not follow the laws set forth by the New Jersey State Legislature when it authorized a five-year pilot program back in 2008 before installing four cameras at the intersection of Route 70 and Springdale Road.

New Jersey law requires a municipality to conduct a study of the traffic volume and average speed at each location and then use that data to determine the appropriate length of the traffic signal’s yellow light.

Nevertheless, Cherry Hill, along with 19 other municipalities, temporarily suspended the issuance of red-light tickets at the behest of the Department of Transportation (DOT) due to their failure to follow this law.

However, Cherry Hill reported that 17,529 red-light tickets were issued in less than a year.

This means that 17,529 individuals were fined for going through a red-light that in all likelihood would have been yellow had the municipality followed New Jersey law.

Similarly, NJ law also mandates that every red-light camera be inspected and certified by a municipal engineer every 6 months. Problematically, Cherry Hill (according to the complaint) has not done this in over a year.

The township’s deputy solicitor and director of policy, planning, and programs, Erin Patterson Gill, asserted that Cherry Hill has complied with New Jersey law and all DOT requirements.

While many are skeptical of Gill’s claims, she defended the red-light camera program by saying that the safety of motorists and pedestrians was “the primary focus of the red light program.”

New York has been using traffic cameras for quite some time now and many expected New Jersey to be the next state to do so.

However, due to the backlash from drivers, NJ legislators are giving serious thought to reevaluating the use of red-light cameras in their state.

If you or a loved one received a ticket in NJ or NY, contact an experienced traffic ticket attorney today. 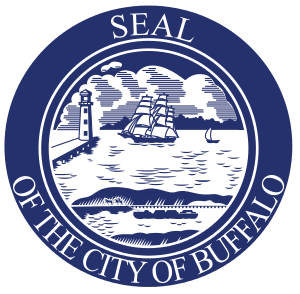 As of now, Buffalo does not allow you to plea bargain your traffic tickets. That means if you get a Buffalo...
Read More
Adam H. Rosenblum
June 6, 2013

At a time when gas prices are soaring and the costs associated with owning a car are increasing, many young...
Read More
Adam H. Rosenblum
August 22, 2012