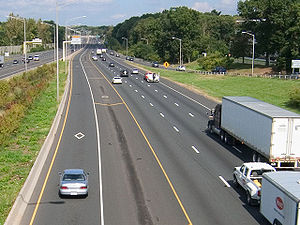 Adam H. Rosenblum is an experienced and skilled traffic violations and criminal defense attorney. Mr. Rosenblum provides expert and aggressive representation to those facing points on their drivers’ licenses and the associated fines and surcharges.
Read Full Bio
36 Comments

In New York traffic laws are particularly rigorous and meant to deter any potential violators from attempting to break laws for any reason.   New York City’s very dense population makes any potential traffic situations many times more deadly than it would be in a state with a smaller population.  The large flow of traffic in New York is the reason why New York State highways employ the use of HOV lanes to help steady the flow of traffic.

What Are HOV Lanes And What Are The Rules For Using Them?

HOV lanes or high occupancy lanes were created to allow cars with two or more passengers to safely pass in a separate lane on the highway.  The purpose of the HOV lane is to motivate more people to carpool thereby decreasing the amount of cars that are forced to be on the road.

By decreasing the amount of cars that are forced to be on the road, and by creating a separate lane the traffic flow is usually better and helps lessen the amount of pollution taking place by lowering the total gas emissions.  However if a vehicle with only one motorist inside the vehicle tries to use the HOV lane they will be issued a traffic violation ticket.

What Are The Penalties For Using The HOV Lane In New York?

If someone has been unlawfully using an HOV lane the penalties can vary in degree and magnitude from minor fine to points on your license.  The fine for driving in an HOV lane without having another passenger in the vehicle is generally ticketed as a “Disobeyed Traffic Control Device” ticket under VTL 1110 (a), which is a $150 fine and a $93 surcharge plus 2 points added to their license.

Crossing in and out of the HOV lanes can lead to even more tickets and additional points and fines regardless of the fact that you may have had additional passengers in your vehicle.  These types of violations can cause a lot of harm to your driving record and result in a pretty heavy hit to your wallet.

The best way to prevent any future trouble with these traffic laws would be to avoid such behavior but if you find yourself in this kind of troublesome situation the best course of action would be to contact an attorney.  An experienced attorney can help you to decrease the severity of any penalties and help alleviate the stress of handling this situation.

The United States Supreme Court recently ruled that police officers can strip-search individuals who are arrested for any offense, regardless...
Read More
Adam H. Rosenblum
May 4, 2012

Buckle Up! New York Launches “Click It or Ticket” Campaign

As Memorial Day weekend approaches and the unofficial start to summer begins, more motorists are taking to the open road....
Read More
Adam H. Rosenblum
May 21, 2015

Have you plead guilty to a traffic ticket (such as reckless driving) only to realize that your license is now...
Read More
Adam H. Rosenblum
February 18, 2013