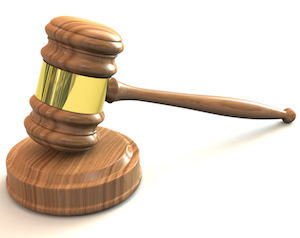 Hundreds of thousands of people have been given a clean slate in New York City. Four of NYC’s five district attorneys vacated warrants for failing to pay tickets for minor offenses a decade or more ago. In total, 640,000 arrest warrants were tossed for individuals who had been cited for “quality of life” offenses, such as drinking in public or being in the park after hours, but had not been in trouble with the law since.

“The people who have these warrants have not been in trouble with the law for a decade or more, and it is time that they are given the opportunity to live productive lives, free from summonses hanging over their heads,” Bronx District Attorney Darcel Clark said in a statement.

The move, which was supported by NYC Mayor Bill de Blasio, is part of an effort to promote a more reasonable approach to low-level offenses. It comes a little more than six months after the city settled a $75 million lawsuit over similar so-called “pink summonses” that were later dismissed for having no legal basis.

But officials in Staten Island said the dismissals were “unfair” to those who come to court for their summonses.

Staten Island District Attorney Michael McMahon said in a statement, “I believe that issuing blanket amnesty for these offenses is unfair to those citizens who responsibly appear in court and sends the wrong message about the importance of respecting our community and our laws.”

City Council Speaker Melissa Mark-Viverito sees things differently, and said that she would “continue to advocate” to get McMahon on board with the effort of clearing warrants for old, minor offenses. “We’re going to continue to make the case to the DA in Staten Island, I will, that he should be part of this and add those warrants to the docket as well,” she said.

The consequences for such quality-of-life violation (pink summonses) vary depending on the offense. For example, drinking in public comes with a fine of $25 with no jail time. A charge of disorderly conduct carries a penalty of up to $250 in fines and up to 15 days in jail. A conviction for being in a park after dark can result in a fine of $1,000 and up to 90 days in jail. Failing to pay a summons will result in a warrant for your arrest being issued. This arrest warrant will show up in employment background checks and during traffic stops.

If you or someone you love was issued a “pink summons,” it is essential that you contact an attorney right away for help. The lawyers of the Rosenblum Law are experienced criminal defense and traffic ticket attorneys with offices in New York and New Jersey. Email or call 888-203-2619 for a free consultation about your case. Do You Have to Respond to a NY Traffic Ticket Within 48 Hours?

Drivers who get a traffic ticket in New York State will notice that the ticket says drivers must respond within...
Read More
Adam H. Rosenblum
September 7, 2018